A tourist day in town so we decided to fit as much in as possible. To get started we had a Banh Mi sandwich. Only 15k and it’s a taste sensation – first of many.

To visit the many tourist sites in the town you need to buy a ticket which gives you admission for a couple of days.

We started in the Chinese assembly hall and the iconic covered Japanese bridge. Walking around also gave us a chance to buy some snacking including fresh pineapple and rambutan. 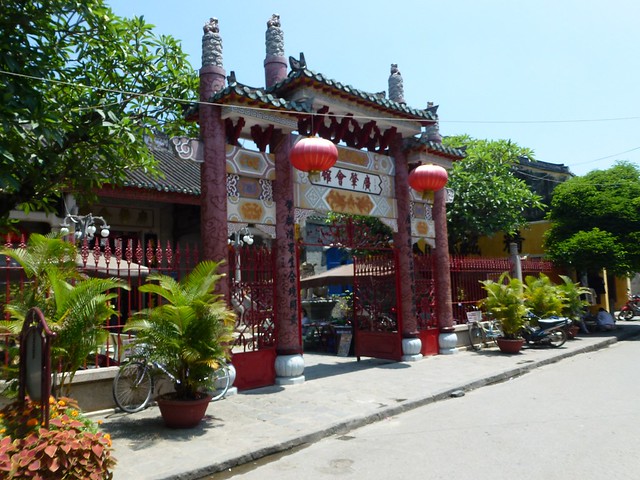 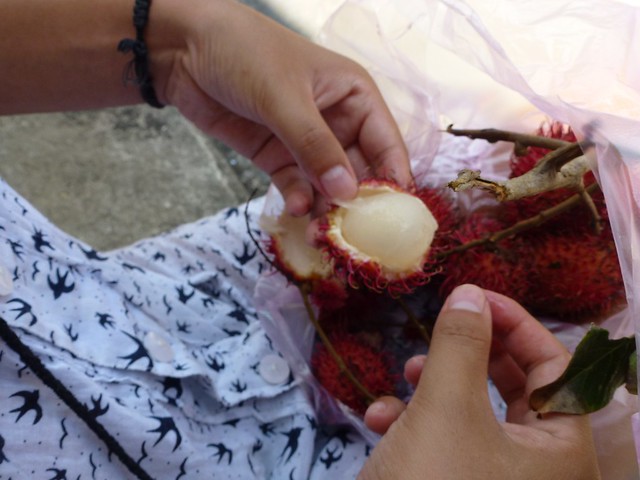 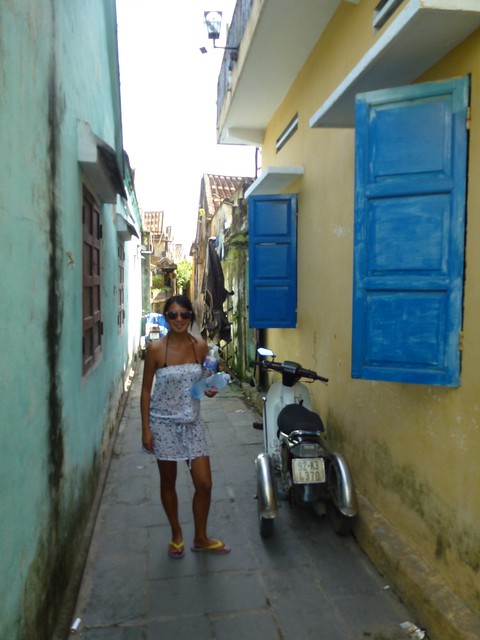 One of the many small alleyways in Hoi An

We then visited an old house which had been opened as museum, in the very back was a pottery section with a couple of people making items for sale. Straightaway they grabbed John who was then put to work making objects.

His handing being twice the size of the ladies it wasn’t too easy for him however he ended up with a sellable item, with a lot of help from one of the potters.

We ended up buying two little dishes which could be used as dipping dishes…. 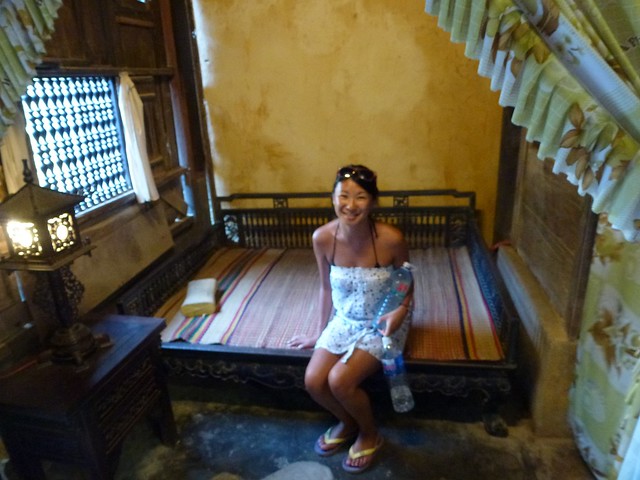 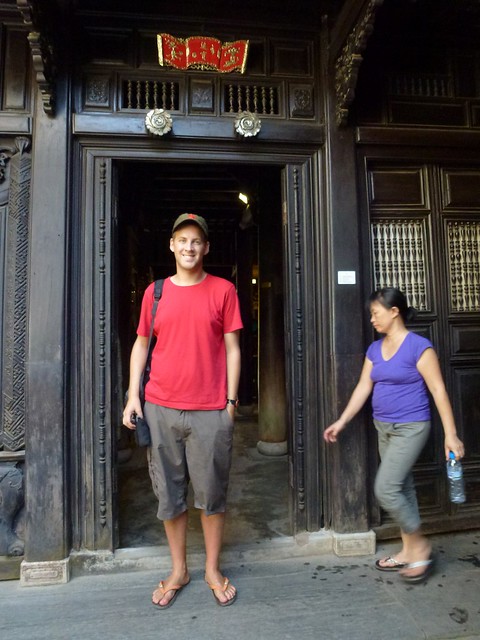 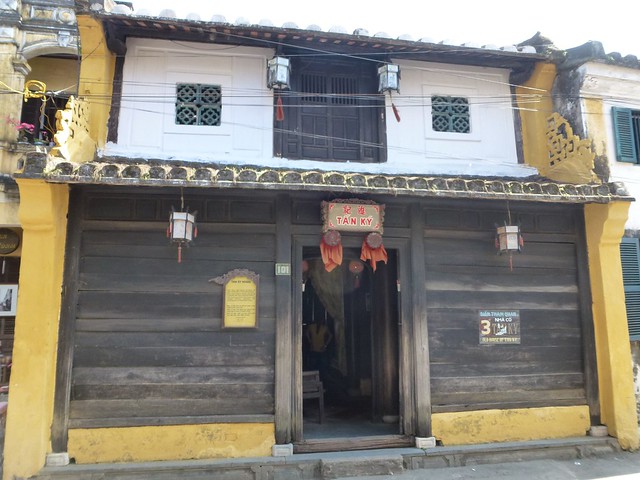 Outside of the old house 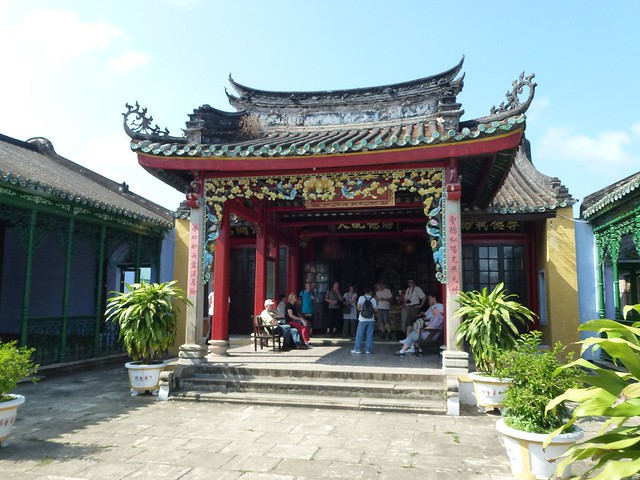 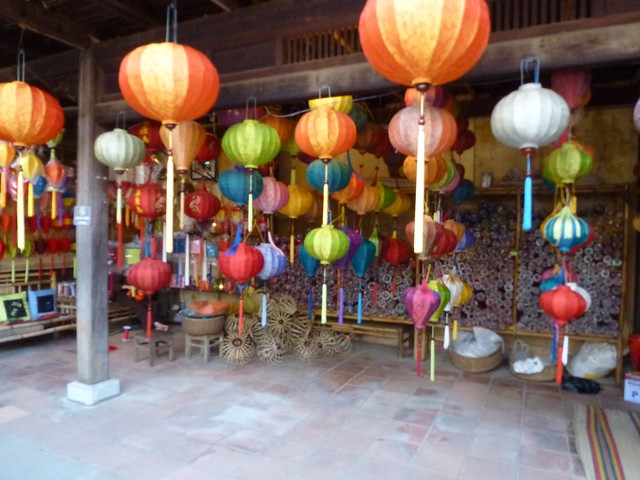 Lanterns ready for the night celebrations 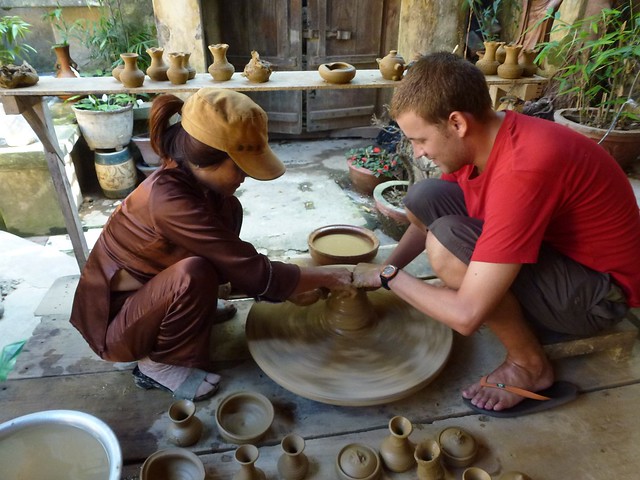 John at the potting wheel, with a little help

After the potting we headed to the front of the house where there was a little stage and seating area for a show. A band turned up along with some performers. It’s wasn’t really to our taste, however you could get the gist of the story. Something I think my mum would like. 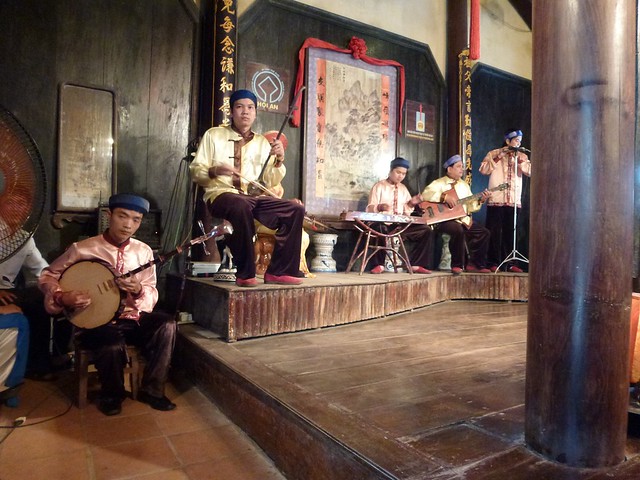 The band, ready to play

With the tourist part over we then headed to the river for refreshing sugar cane drink and pork buns. They were amazing, with pork and quail eggs! 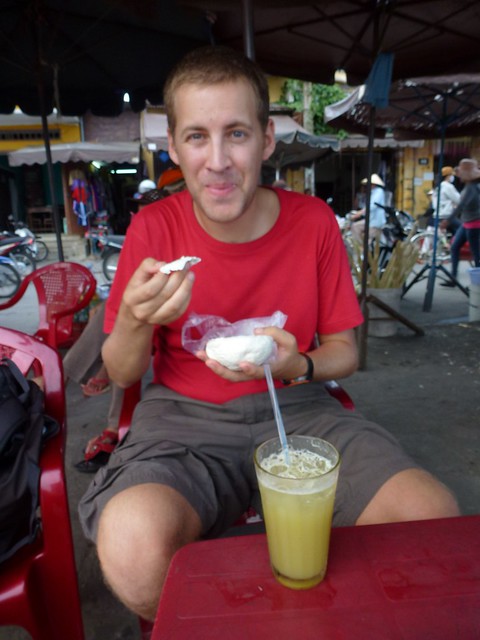 In the evening we headed back to the river again to eat. This time sampling fried wanton and chicken rice.

It was Ching Ming festival so the whole town were burning fake money outside their houses. Down by the river they were letting floating candles go down the river, very picturesque. 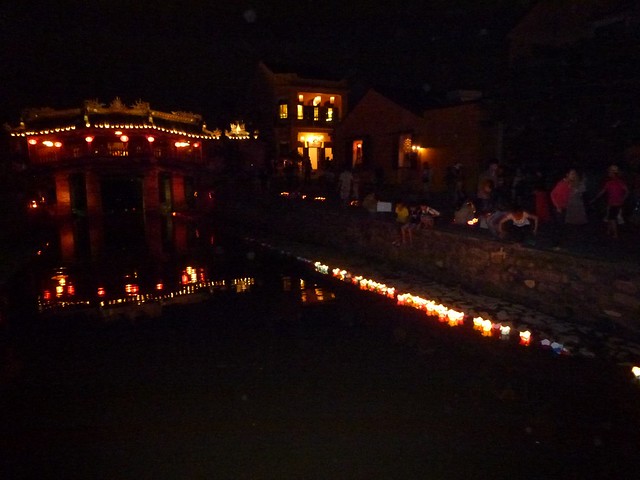 Down by the Japanese bridge for Ching Ming festival 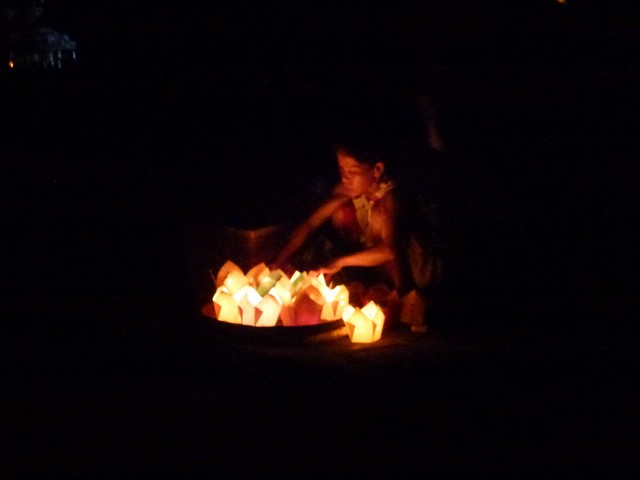 Some of the many lanterns being prepared for Ching Ming festival 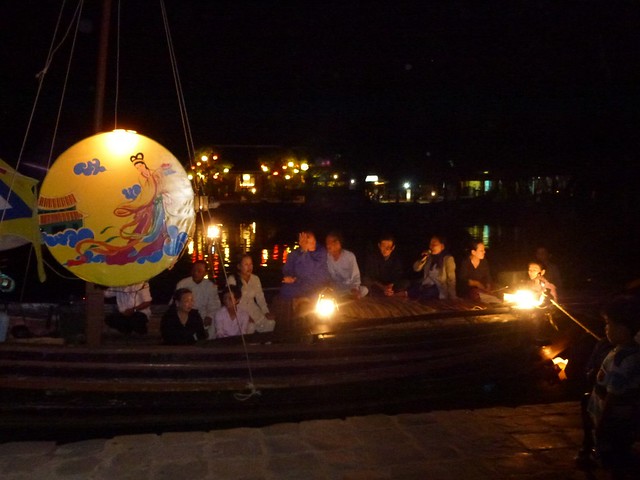 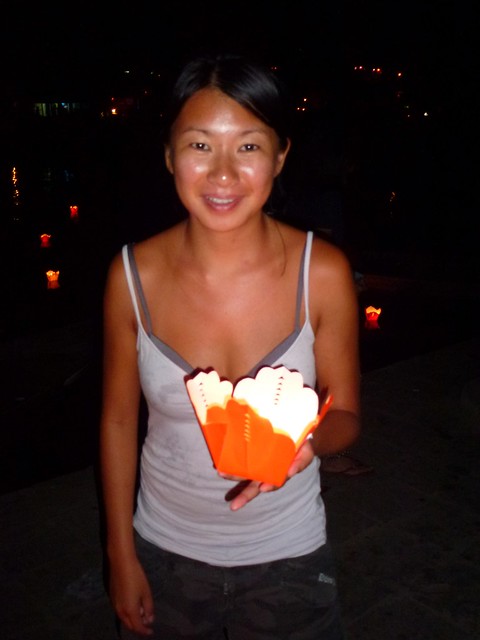 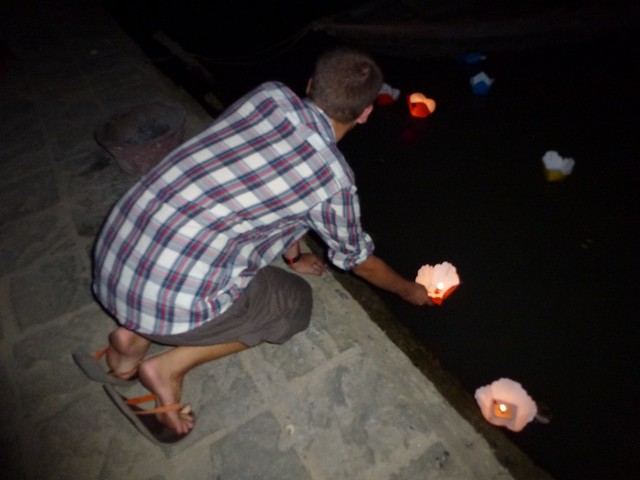 As well as all the burning there were loads of comedic street games. They were really funny, however the funniest part was the reaction of the people watching. 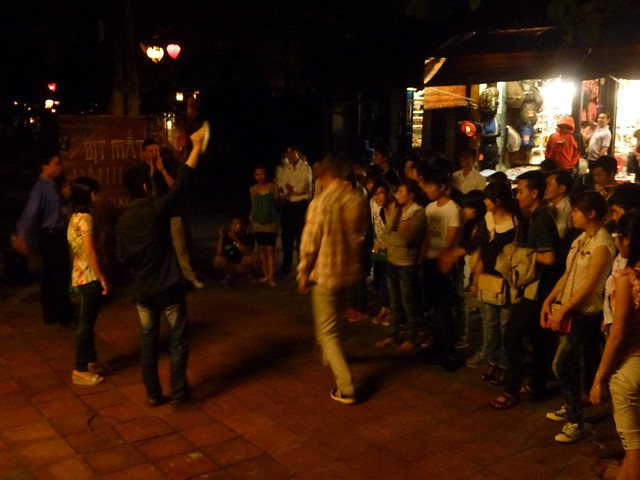 One of the many street games

I’m Julia and I've just returned from the adventure of my life. I went travelling around South America, the South Pacific and South East Asia for 12 months, and I'd do it all over again if I could! Julia on Google+
View all posts by Julia Chan →
This entry was posted in Vietnam and tagged ching ming, festival, hoi an. Bookmark the permalink.