Up really early in the morning to travel to Hoi An. It wasn’t too to Hoi An from Hue with us arriving around 12:30, we had a little walk to find our hotel. We stayed a hotel just out of the old historic area, Khách Sạn Nhị Trưng.

Hoi An is a UNESCO World Heritage site which is known for its old town. With original buildings it’s a fantastic place to wind down a little from the hectic bigger cities in Vietnam.

After checking in and exploring a little we headed for some food. Hoi An is know for a couple of local dishes. First up Cao lau. With fat yellow noodles, pork, veg and crispy croutons which I think were crackling. John ordered Cao lau while I had Pho. 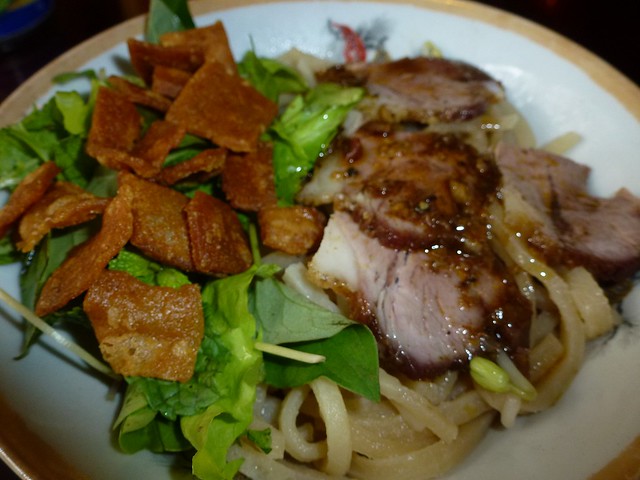 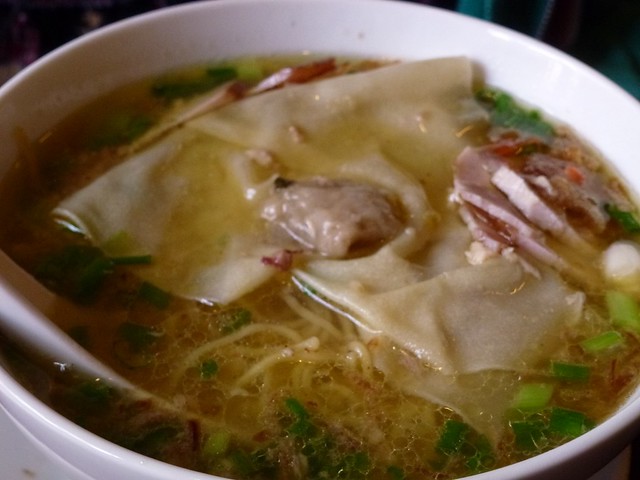 Hoi An also know for its tailors, shop after shop offer custom-made dresses, suits, coats. The shops have the latest catalogues from next, Top Shop, Marks and Spencer, you go in pick what you want and a couple of days later you’ll have the piece of clothing at a cut down price.

After buying a dress in Hue I decided to again spend a little with the view to sending some of the items home in the post. After a bit of  haggling I managed to buy a dress and a jacket for around £30. 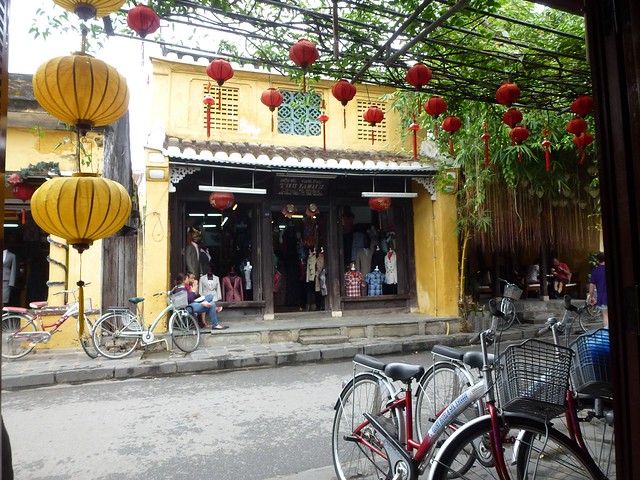 One of the many tailors in Hoi An 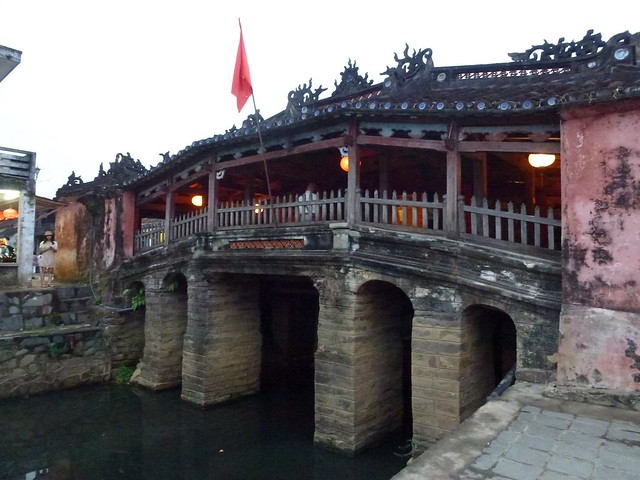 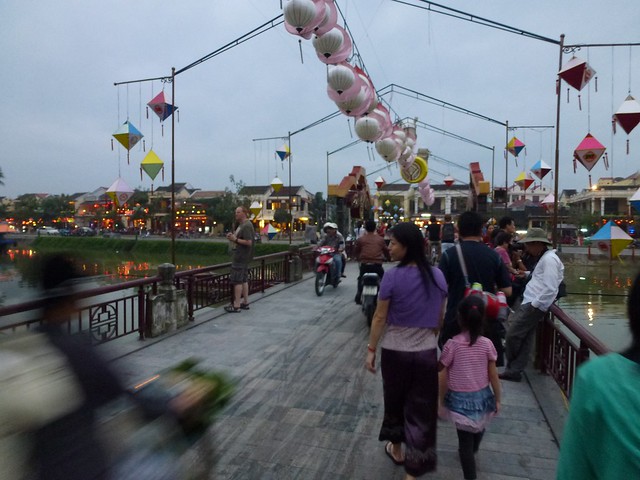 The wooden bridge over to the other island 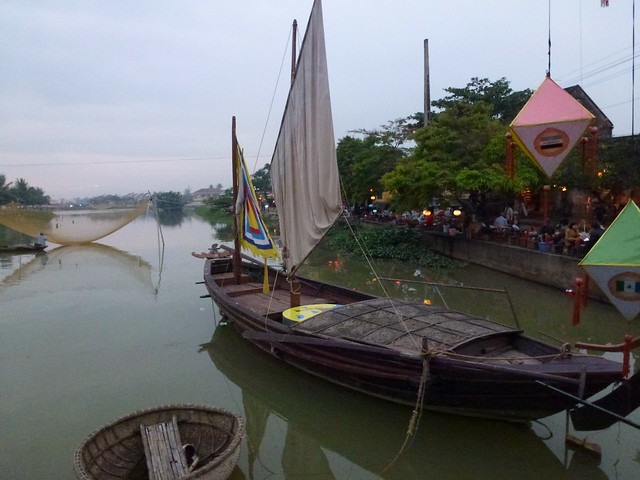 After a little walk around in the afternoon and a nap it was time to head back out for some more food. Around by the river at night the lights were amazing, it was really chilled and a great place to eat in the evening.

We picked a little tent that was setup on the other side of the Japanese bridge. It was time to try another local dish – white rose Hoi An.

A type of dumpling noodle with prawns and pork mince with crispy bits on top. It was nice! 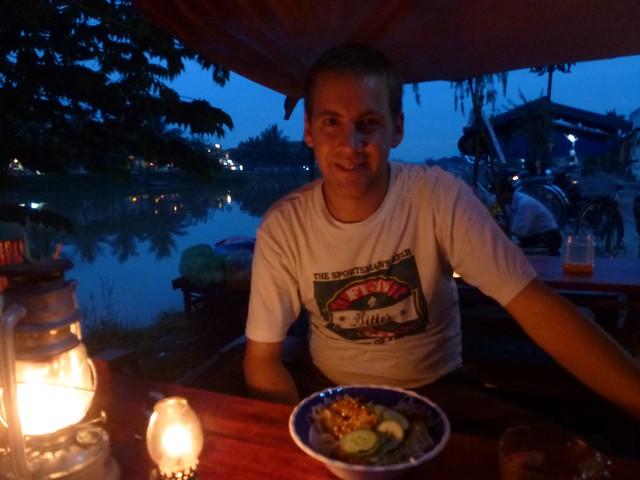 The little tent next to the river where we ate 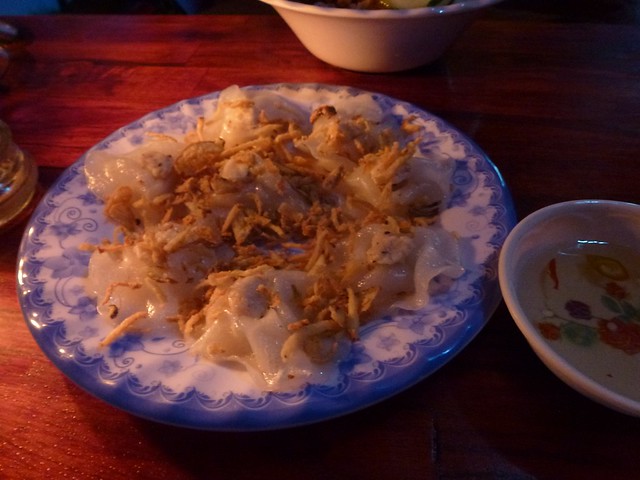 After eating far too much we wandered around the streets a little more before heading back for some well-earned sleep. 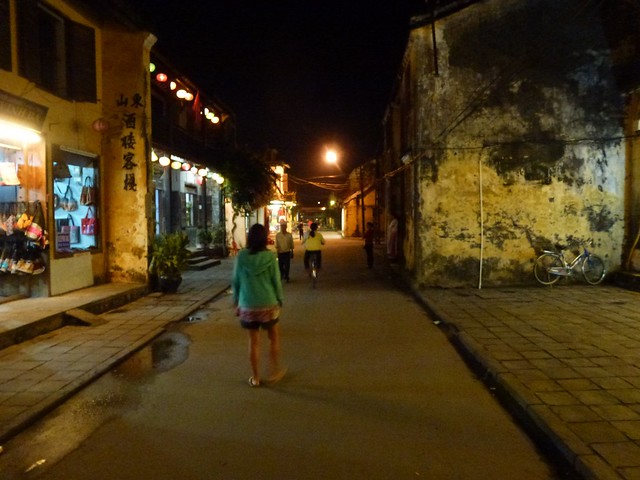 I’m Julia and I've just returned from the adventure of my life. I went travelling around South America, the South Pacific and South East Asia for 12 months, and I'd do it all over again if I could! Julia on Google+
View all posts by Julia Chan →
This entry was posted in Vietnam and tagged hoi an. Bookmark the permalink.