The number one day trip from Hanoi without a doubt is Halong Bay – another UNESCO site to add to our list!

The weather wasn’t going to be great, but it wasn’t going to be raining or windy so the boat ride wouldn’t cause John too many problems. We decided just on a day trip which cost hardly anything after a bit of bartering with the travel agent.

We were up at 7am and on the bus for 8am for the three hour trip north to the site where we were ushered onto a boat which took us around the bay. On the boat, we ate a very nice lunch consisting mostly of seafood. We shared our table with a Japanese couple, who also enjoyed the food as much as we did. There was plenty to go around!

After lunch, we were able to kayak around Halong bay for about 40 minutes, gliding around the on-site floating village. I couldn’t help feeling that they must have felt a bit like a zoo, all these foreign tourists gawping at them every day from their little kayaks. However, there were some which clearly welcomed the tourists and had various fruits laid out at the front of their boats which they were trying to sell.

After kayaking, we were led into a cave for a guided tour. It was pretty touristy in there and the talk appeared to be very well practiced. They had installed some kind of uplighting in various parts of the cave, which seemed a bit tacky but expected. It was still good though!

After the cave, we started making our way back to Hanoi, which took longer than expected as the bus got a flat tyre which needed to be changed. We eventually arrived back in the city at around 8.30pm.

In the evening, we headed out for some street food. Whilst eating on the street, we bumped into the Japanese couple who joined us after they failed to find anywhere serving dog. We had a BBQ with chicken and veg. After dinner, we had a drink and met some interesting English people who were teaching in Hanoi. It was interesting to hear what life could be like as an expat here. 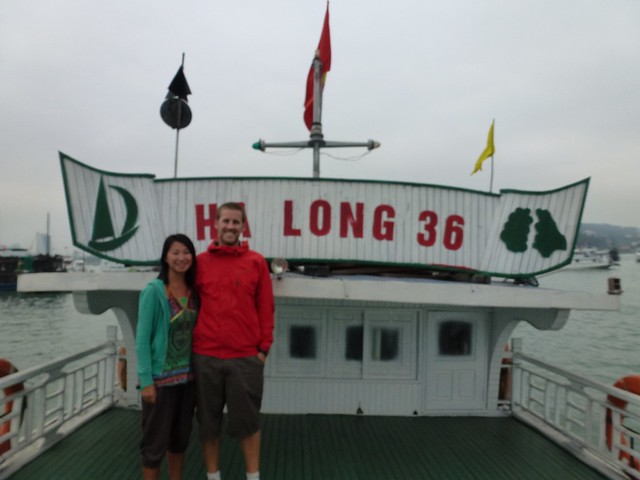 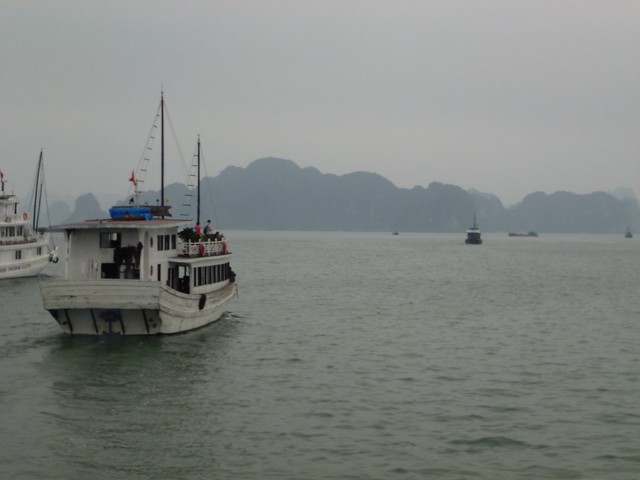 Some of the boast setting off 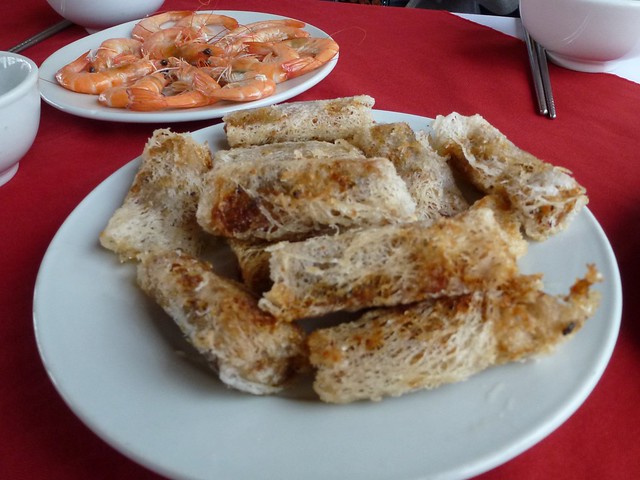 Some of the food on the boat, prawns and deep fried spring rolls 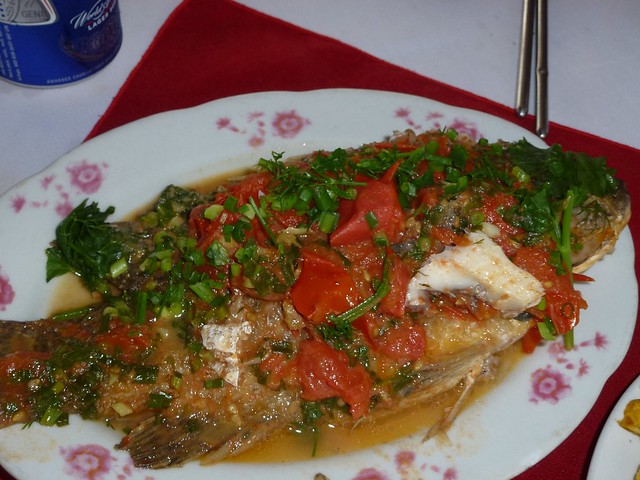 Fish in a tomato sauce 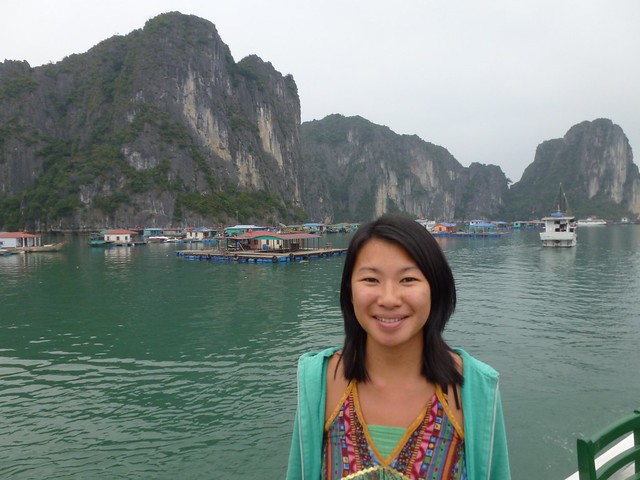 In the area with the villages 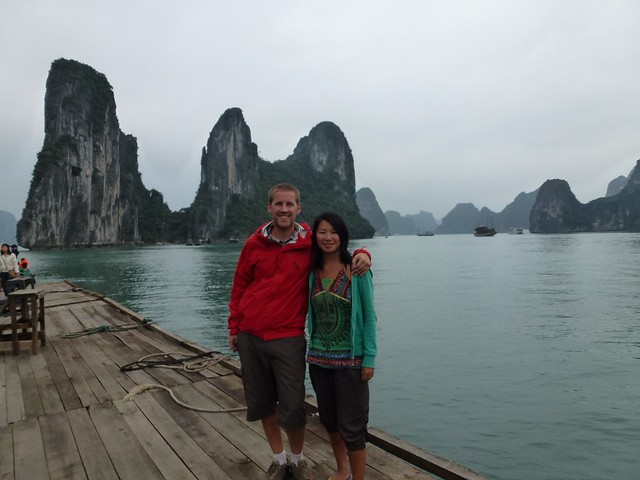 On to the docks 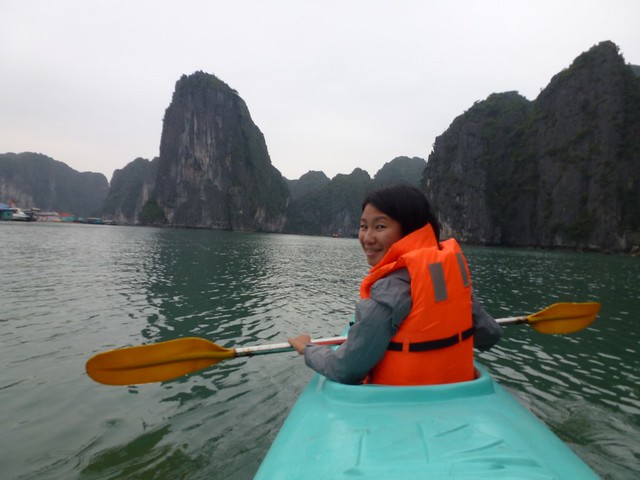 In to the canoe 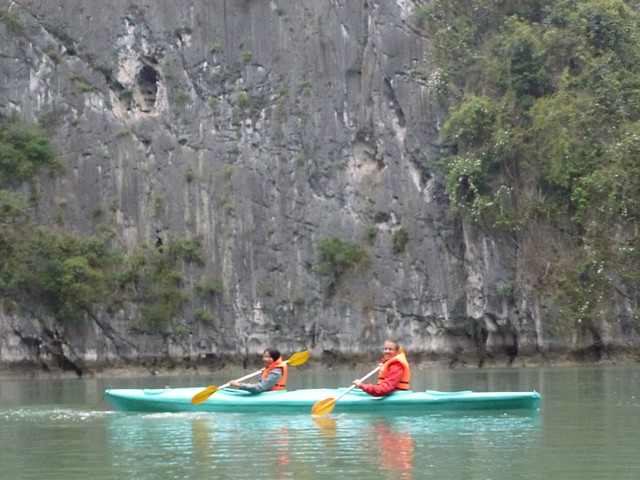 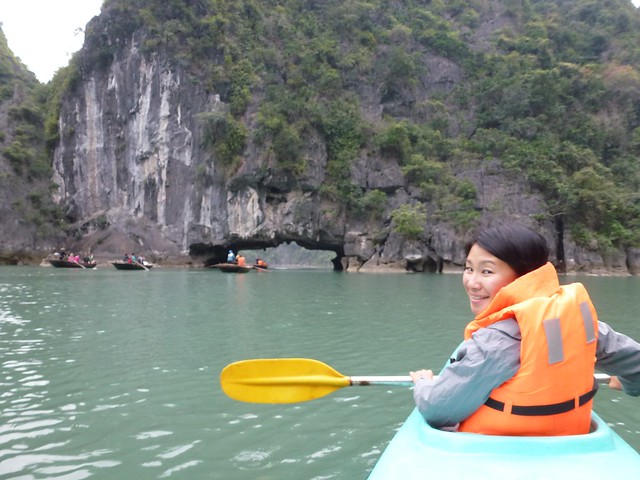 The entrance into a secluded bay 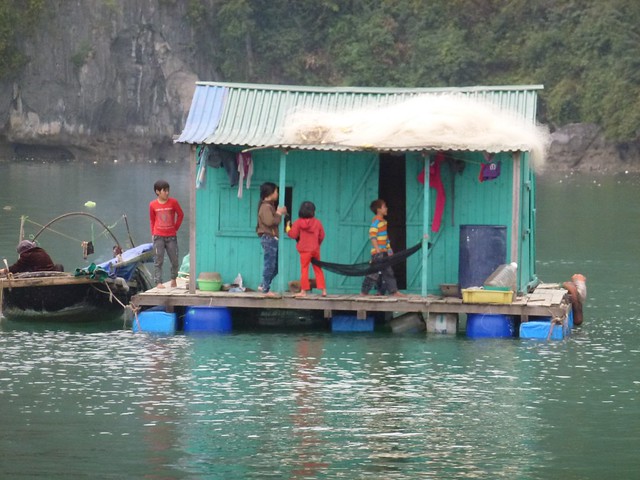 Some of the locals at Ha Long Bay

I’m Julia and I've just returned from the adventure of my life. I went travelling around South America, the South Pacific and South East Asia for 12 months, and I'd do it all over again if I could! Julia on Google+
View all posts by Julia Chan →
This entry was posted in Vietnam and tagged boat, Halong bay, street food. Bookmark the permalink.