Today is the day we head to Vietnam, one of the country’s which we’ve been looking forward to the most on our trip.

We got up relatively early and after breakfast we headed to the airport in a taxi for the flight to Hanoi. We had some really poor sushi at the airport and then jumped on a nice short flight with Laos Airlines. On the short flight they served a quick snack and drink – the trolley only got halfway down the plane before we landed. Fortunately for us, we were sat near the front end of the place so we managed to get served!

We landed in a slightly colder and foggy Hanoi. We had pre-booked a hostel – May De Ville Backpackers Hostel – which was more like a hostel / hotel but reasonable at $6 a night. We arranged a taxi for $18 which saved some hassle.

We had also been really looking forward to Vietnam for some time because people had mentioned how there was lots to do and see. It was cheap (though more expensive than both Thailand and Laos), but most importantly, we were looking forward to visiting the village where my mother grew up.

My mum was born in China but moved south to Vietnam at an early age leaving after the war. All through my childhood, my mother shared her stories from Vietnam and just before our trip, she had been trying to teach us a few Vietnamese phrases to help us get by…we were useless and can only remember how to say “milk” in Vietnamese. But more on my family history in a later blog post.

We’d also heard that Vietnam was a little crazy. It didn’t take long for our first glimpse of the crazyness… 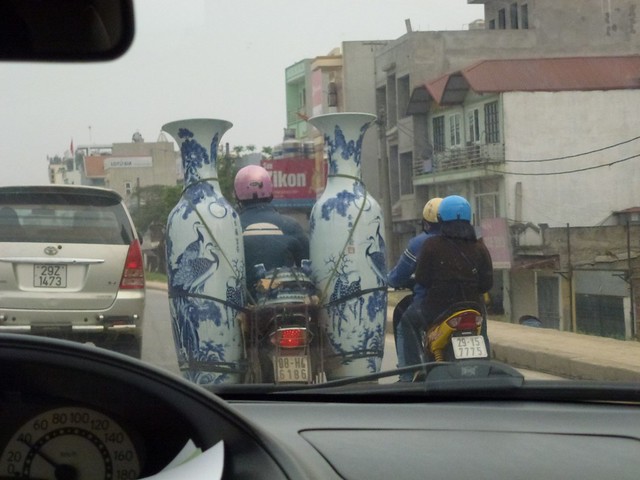 The dorm we were staying in was nice but a little strange with the bathroom being behind some frosted glass – strange when you were taking a shower or on the toilet. As with most buildings in Hanoi, it was a really thin building with loads of storeys – breakfast being served on the top floor!

With some instructions for a nice restaurant we headed out to explore, first walking down to the lake near to the backpackers area – Hoan Kiem Lake 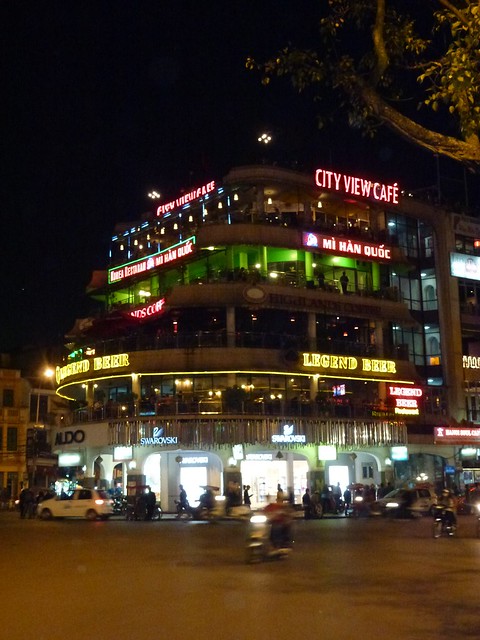 After a walk around the local area we found the recommended restaurant which didn’t disappoint. We had chicken curry, stewed pork and pak choi with rice. It tasted so much like my mum’s cooking. Delicious! 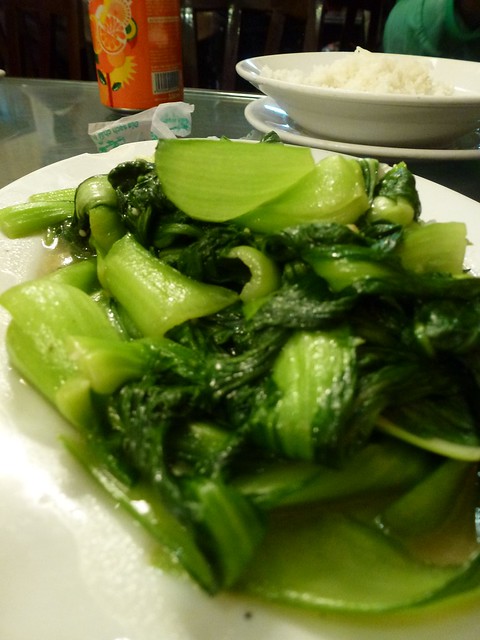 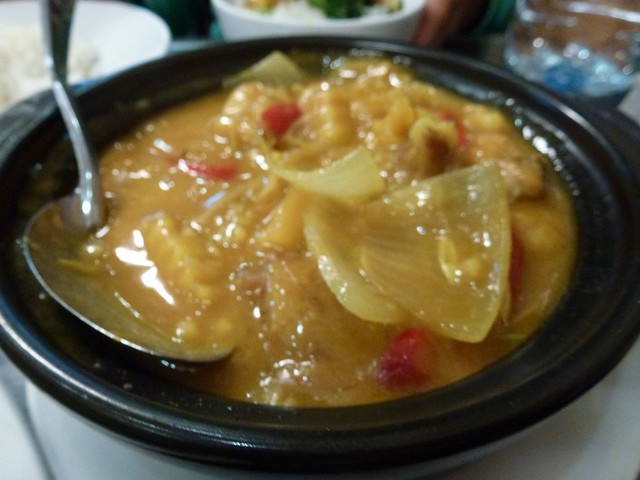 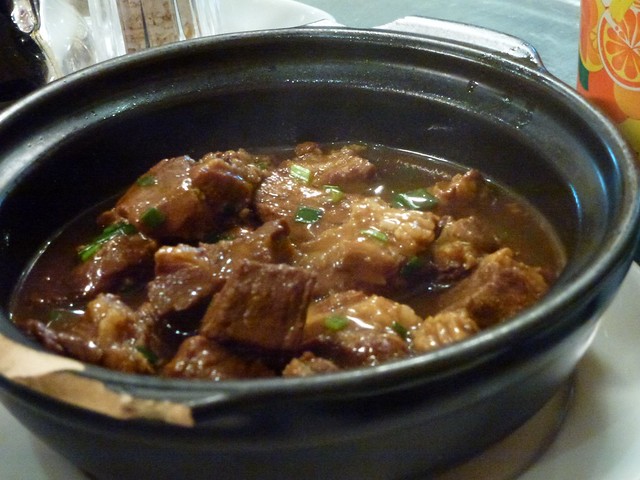 After the food and our first Hanoi beers we walked around the weekend night market before heading to bed.

I’m Julia and I've just returned from the adventure of my life. I went travelling around South America, the South Pacific and South East Asia for 12 months, and I'd do it all over again if I could! Julia on Google+
View all posts by Julia Chan →
This entry was posted in Vietnam and tagged food, hanoi. Bookmark the permalink.